The Inner Child Pipes Up (Shut Up, You, and Get Back in the Hamper) 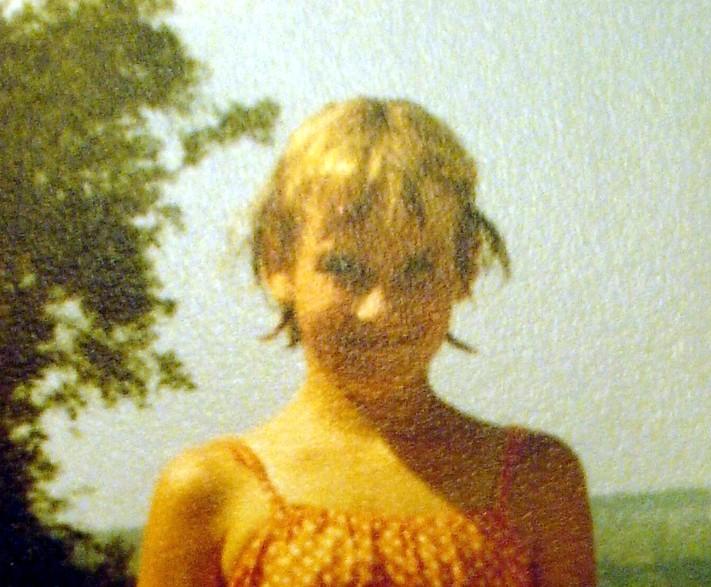 Thanks, Doctor, I feel much better. Can we get out of elementary school next week, maybe?

Email ThisBlogThis!Share to TwitterShare to FacebookShare to Pinterest
Labels: Amy Campbell, childhood, family, know thyself, let it all out, sometimes I swear

Oh Spin Girl, you and your oral fixations are just neat.

I used to catch spiders and throw them at the teacher when she would come over to see what I was doing.

Maybe that's why I am immune to brown recluse spider bites. Seriously. I have bit before by one and nothing happened.

Snakes. I used to catch snakes when I was little. Big ol' honking Bull Snakes. Maybe that's why no one would play with me.

I put a bean up my nose when I was three. The doctor had to get it out.

I put a Barbie shoe up my nose when I was seven. The doctor had to get it out, also.

I had to go to speech therapy.

On the days I wasn't in speech therapy, I walked around the playground by myself, watching to make sure my feet pointed in the right direction, since I had bad knees and feet.

My best friend and I kissed in kindergarten and got in trouble. But we French kissed.

conclusion: you were a mean salt addict. But at that age who wasn't? I remember in third grade I let two guys think they were my best friend and watched them fight for the honor at lunch one day...I don't have any rock memories though

I'm all for regressing to childhood. It is a favorite subject. Did you ever eat paste? Whenever my kids ask me what I remember about kindergarden, I say, "the paste!"

Welcome back from the literal zoo to the figurative zoo.

It's amazing with all of the things kids put into their mouths and survived. I think parents are too overprotective nowadays.

Personal Salt Lick, YEAH. When can you come to my house?

When I was young I spilled a whole bottle of Johnsons Baby Aspirin, and instead of putting them back into the bottle I ate them all. They had a nice Bitter Creamcicle kind of taste, do you remember those? I have no idea why I thought you could not put them back in the bottle. *shrug* Ah the immature brain... OMG I just spilled a whole jar of pickles, I have to go eat them all.

Hey spinning girl! Thanks for checking out the blog, and as a good blogger should, im checking out yours. I almost feel somewhat responsible for making you remember/blog all of these awesome elementary era memories. But I guess I could never truly be sure of that.

P.S. half of your face looks like a domo-kun... lets get married

When playing tag in third grade I grabbed a little blonde girl (probably you) by the arm and got this funny feeling in my stomach. From then on I got it whenever I touched her - I started playing a lot of tag.

On my second date with MLA I reached out to touch her arm and I felt that funny feeling again.

speaking of that, fritz, david sedaris has a great story about how the speech therapy class was basically just a "gay de-programming" course at his school. funny shit.

In 2nd grade.. I peed on my best friend.

Yup.. I went to a private school that was designed very poorly.. and the playground across the school parking lot.. so you couldnt just go to the bathroom. You had to be escorted lest a car run you down.

SO I had to pee but I missed the pee train. So my teacher was like as soon as Ms. Cleets get back.. yes that was her name... so in the mean time my friend and I are playing spider on the swing.. remember that fun game when two girls got on the swings and then would grind their bodies against each other to make the swing go. and we never thought twice about it.

Anyway.. my friend wouldnt stop tickling me.. and I was like.. stop Im gonna pee my pants.. and she kept tickling me.. and I lost control of my bladder.. and since I was on top... it completely drenched her. And to make the story even better.. it was chapel day so we were both in dresses.

But she went around the playground telling EVERYONE what I had done.. and I was humiliated.. and I told everyone it wasnt pee.. I had just sweated really bad.

How smooth is that?

I used to take Smarties out of their package and tell people they were my medicine. I also ate baby aspirin as though it really were candy. Sometimes I still do. That stuff's delicious.

I used to sneak into my parents' meth lab when I was 7 and breathe the fumes. My hair turned green, but I smile a lot now. Ah, impetuous youth!

I never tried rocks, who would have thought they tasted salty!?! :)

I have taken hits of acid (in my younger days) that "didn't work" even though it was "good acid". More than once, for some reason it did not affect me at all, while my friends were tripping their asses off. Other times, it was just fine and did exactly like it was suppose to. I've always wondered what the hell happened during the times it didn't work and heard rumors that acid collects itself in your spine for long periods of time (like years and years). I'm waiting for it suddenly to "break loose" one day while I'm in church (or somewhere equally inappropriate for hallucinations) and start seeing tracers off of our minister.

BTW, Hollywood Phony - I LOVE that Sedaris book. And about his ticks was hilarious too.

I am getting the best comments from my innocent little post. Hollywood, do you think our little childhood explorations can be so easily categorized? I say nay. Like you never dry-humped your cousins. I am loving all this input, really. None of you ever change, OK?

Ummm, excuse me? I'm Amy Campbell and it was on purpose. Just kidding.

These are very sweet memories, and so is your photo.

whenever I went to the beach as a child (which was rare) on the way home I liked to lick my own skin because of the salty taste.

Once in the fifth grade we were playing flag football and I ran all the way across the field in the wrong direction and scored for the other team.

Third grade was a big year. Why is that?

I used to touch my teachers knee, repeatedly. It looked like a ham wrapped tight in saran wrap, and I couldn't help myself.

Oral fixations are a gift. I sucked my thumb until I was 11.

Sounds like my house growing up..my brother--drank nose drops, stomach pumped, age 3...also liked to put things in his ears and nose, bits of spoonges and very little rocks...me, just spent time going with my mom & dad to the ER with my brother...can you tell he was the youngest!

Then there were the dog stories, sunflower seeds eaten, entire bag by the dog...well, you can guess...love your site!
=^..^=

In 1st grade I peed in my chair b/c my teacher said we weren't allowed to raise our hands to ask ANY quetions. My mom didn't have a car, so a teacher had to line her carseat with plastic bags and give me a ride home.

I used to drool when I was a kid.

But I have a goatee so it catches most of it. Sometimes.

Spinning, who knew your innocent little post could elicit so many memories from the rest of us?

I used to suck on my big toe. I loved how it tasted--a little salty, and somehow it always had a metallic flavor. I never wore shoes. I'm not sure when I gave up the toe-sucking thing (after age 10, at least), but I still try to avoid footwear.

And don't get me started on licking burnt matches... MMMMmmm... I think I might go do that now.

good lord, do you still put everything in your mouth?!

everyone else is confessing....thinks back...

I remember trying one of the Bacon treats for dogs when i was seven cause my dog loved them so much, and let me tell you, "dogs dont know its not bacon" but i sure as heck did.

When I was a kid I believed what I was told, about swimming pools having a special chemical that would turn purple if you peed in the water.

It was only recently that I discovered that it's not true. So now every time I swim I make up for lost time.

That was the best thing Ive read all day...

I have my own Amy Campbell stories, I do! I'm a little surprised not to find my name in any of these elementary school tales! Funny, funny stuff.