Nostalgika VI: We Were All Fashion Plates

First of all, do you remember the toy called Fashion Plates? It was minutes of fun. You could mix and match the tops and bottoms to create literally tens of outfits, gravestone-rub them with a crayon and then color them in to pass off as original work! 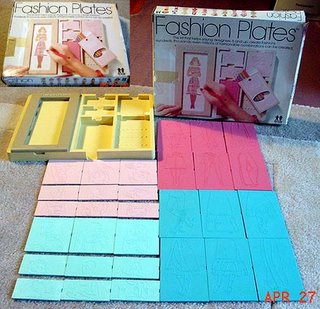 When you weren't creating fashion plates in the 1980's. you could be one by dressing like everyone else. Just like now! Only our clothes were way cooler than anything that exists now. Way! I remember when overalls were all the rage: 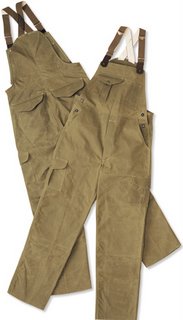 But you had to wear them with one strap hanging completely loose, unhooked. Otherwise you were just begging for a wedgie, like the one I got from Madeline K. She was 6 feet tall, beautiful, and the sixth grade bully. She and her posse of blonde, training-bra wearing bitches were a pack to be feared. She made the mistake of going solo on my little overalled ass when we happened to be in the same hallway one day. After I released my choke-hold on her I undid my buckle and carried on as though I had been cool all along.

Madeline is also the one who informed me that I looked "pregnant" in my denim jumper, which is why I never wore it to school again. Sorry mom, I just didn't want to face the shame of being suspected of 6th-grade coitus. 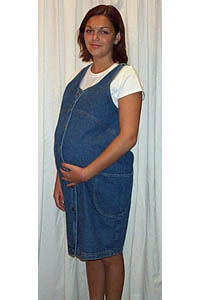 On days my overalls were in the wash, I wore my parachute pants. Only the sexiest among us could pull that look off. 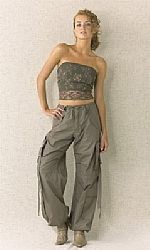 Parachute pants went really well with a Flock Of Seagulls haircut, if your mom would let you get one and not be such a SPAZ about everything! 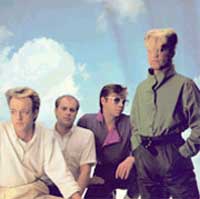 Then there was the wrap-around skirt. Unlike its cousin the skort, the wrap-around skirt has nothing underneath it to conceal your mushroom-patterned underwear when you-know-who unties it in the cafeteria, to fall at the perfect moment. Fuck you, Amy Campbell! Fuck you and your nimble, third-grade fingers! 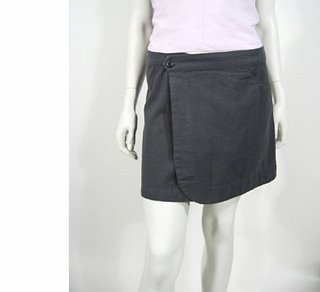 Then there were the knickers. I wanted a pair of knickers so badly. I begged and pleaded for a year, and then finally got a pair. They were like capris, but with more of a cuff. They were to be worn with argyle socks and penny loafers. 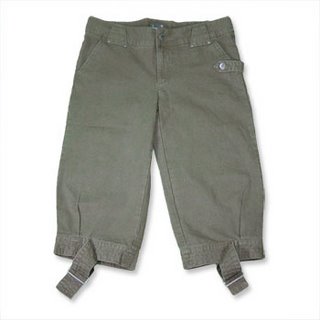 For a fun game, try Googling the word "knickers" sometime. Make sure you do it while your boss is standing behind you, or possibly during a very important presentation.

Last but certainly not least, the perfect accessory: the Bermuda Bag with interchangeable, reversible covers. I had so many covers (handmade by my mom) that I didn't know what to do with myself! My favorite cover had pink corduroy on one side, pink plaid twill on the other. And four button holes on each side, of course! You had to have 4 buttons or you were just a wanna-be. 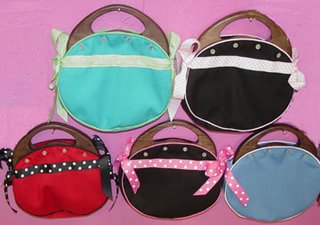 Sometimes at school I tell someone that they are "such a fashion plate" (when they get a new, cool outfit) and they look at me like I just said, "oooh, nice Model T!" These kids don't know what they missed. Nothing was as tubular as fashion in the 80's. Totally tubular.

You're making me remember tearing the ankles on my Levi's. Only Levi's for jeans.

And girls wearing legwarmers and Lipsmackers. Great big phallic, cherry Lipsmackers in all the girls hands.

Right now I'm seriously considering going over to ebay and purchasing both Fashion Plates AND Bermuda bags. Seriously, when are the Bermuda bags coming back? Everything else already has, why not those?

Ah yes, the infamous skort! How can we forget that one?
Fun looking back!

i must have fashion plates.

what about layered socks? was that later eighties? am i too young to be in the cool crowd?

i wore overalls! my mother told me i looked like a hoddlum when i took the strap down.

I remember buying Levi's, bleaching them, and then dyeing them all kinds of crazy colors with Rit. Oh, and you HAD to peg the legs, to make them as skintight as possible. With those, a colorful pair of shoes; red converse hightops.

My favorite accessory was my dad's Levi's jacket. I sewed fringe on the back and decorated it with old medals and safety pins.

JC Penny Plain-Pockets. That was my favorite.

Memories, ah the memories. You've given me somthing to blog about today.

Hey, friend. I remember those! Had a catchy little tune to boot. "Faaaashion plates."

LOL!! Thanks for the trip down memory lane!!ddol

I had the cloth purse w/wooden handle.

We didn't call those pants Knickers, we called them Jams.

LOL! I still wear bibs and parachute pants. Some things you just can't give up.

Course wayyyyyy back in my day it was bell bottoms (no the best idea in fashion looking back) the palest possible lipstick you could find and humungous earrings.

Oh my fareeking gosh! I was so obsessed with those fashion plates it was ridiculous.

I had one of those hair cuts when I was in the sixth grade that was long on one side and short on the other.

BTW, Madeline Kennedy is gonna shit her pants one day when she googles herself.

Yea for fashion plates!! I LOVED those!!

How is it we had all the same toys when I'm younger than you?? I swear I was born to the wrong decade.

I am haunted by these images - as these items appeared in ALLLL my very hip shots of myself and my oh so fashion enlightened friends as well back in the day.

I do miss the wrap around skirt - SOOOO hip.

Personally, I kinda liked the non-fashions of the 60s. But if I had my druthers, I'd be wearing the shoulder pad silk top with straight-line, just-below-the-knee, skin-tight skirts of the 40s ... perhaps an over-jacket for that sophisticated look. Oh wait. That's what I was wearing when I left my last job six months ago. Nevermind.